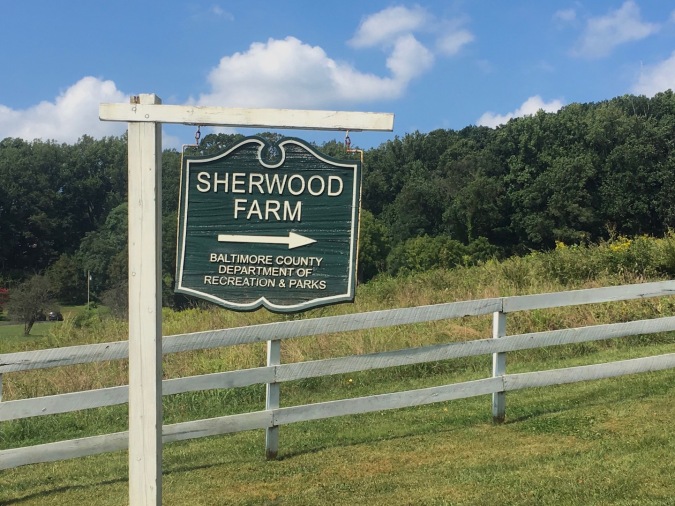 After years of hiking in the Baltimore/Washington area, I thought I knew about all the parks, even if I hadn’t tramped each and every trail in them. My friend Joe kept mentioning Cromwell Valley Park though, and every time he did I’d ask where exactly it was, making a mental note to try it out. I’d drive down Cromwell Valley Road, just outside Baltimore’s congested and constantly-under-construction beltway and never find the entrance that Joe professed was there. Then I’d forget about it until Joe brought it up again, and we’d repeat the process. Finally, I found the park.

I’d been missing the entrance because the sign looked very much like all the signs that mark scores of private farms in northern Baltimore County. Many of these are on Cromwell Valley Road. Also, I apparently cannot read. The main sign does say “Cromwell Valley Park”. In my defense, it also says “Sherwood Farm”. Once found, it became a favorite hiking spot. Unfortunately, I never never had the chance to tell Joe I’d found his (not-so) hidden delight, as he passed away suddenly in 2017, shortly after I’d finally located the spot.

I arrived in the early afternoon. The temperature was moderate, and the sun was shining brightly out of a nearly cloudless sky. I parked in front of an old farmhouse that sat across the road from a white barn. Slinging on my daypack, I headed down the Sherwood Farm Trail, which ran southeast between the white barn and the tree line. Yellow wingstem leapt out at me from the brush as I skirted the thicket. Moments later, the trail cut into the trees and crossed a small, picturesque bridge. Great blue lobelia joined the wingstem to mottle the late-summer landscape while eastern swallowtails flitted about, flashes of pale yellow against a backdrop of green.

The trail meandered through the woods for two hundred yards before the path opened onto a large field. Beyond the field lay a second entrance lane leading to a nature center and other historic farm buildings; here the Sherwood Farm Trail ended. I cut south down the road and picked up the Minebank Trail. I followed it as it traced Minebank Run, a bubbling creek that joins the Big Gunpowder Falls just south of Loch Raven Reservoir. Mere steps down the trail, I passed a trio of lime kilns – sounds like dessert at a fancy restaurant, doesn’t it?

A trio of lime kilns with fresh, farm-sourced berries, finished with organic mint. 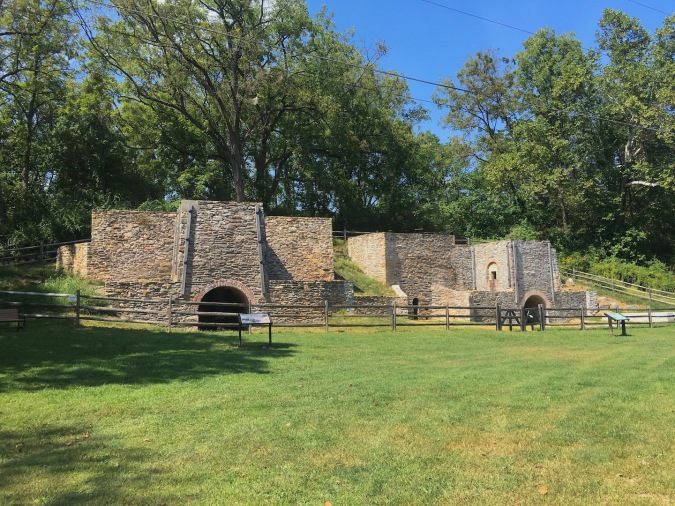 The Shanklin, Risteau, and Jenifer kilns stood on the north side of the Minebank Trail in matching stone and similar styles, despite being built at all different times, ranging from 1795 to 1893. The area around the kilns is called Lime Kiln Bottom. Cromwellvalleypark.org has this to say about the Bottom:

“Lime Kiln Bottom is the low-lying area on the north side of the Mine Bank Run. Included in this area are multiple lime kilns, a log house, the limestone quarry, and the “balancing reservoir” which was built in 1922 as a part of the Baltimore City water project associated with the dam.” 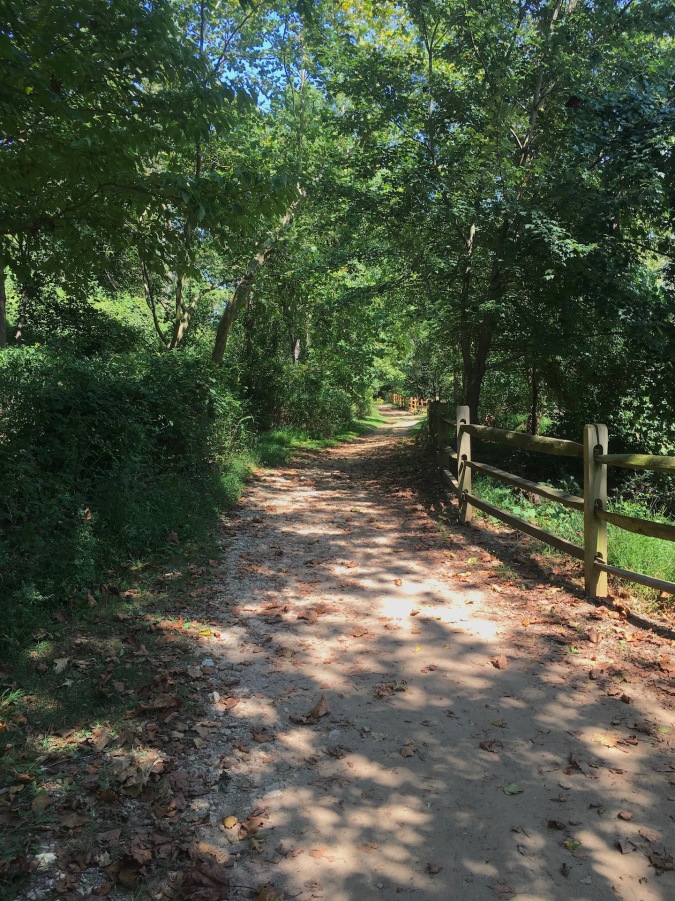 Continuing on, I followed the creek until reaching a junction in the trail. I could have continued to follow the creek (a trail that dead-ends shortly past this junction), or turned uphill into a rolling meadow. I forged into the meadow on a wide grassy trail flanked by thistle and panicled ticktrefoil. Here too, butterflies were busy vigorously accosting the blooms. 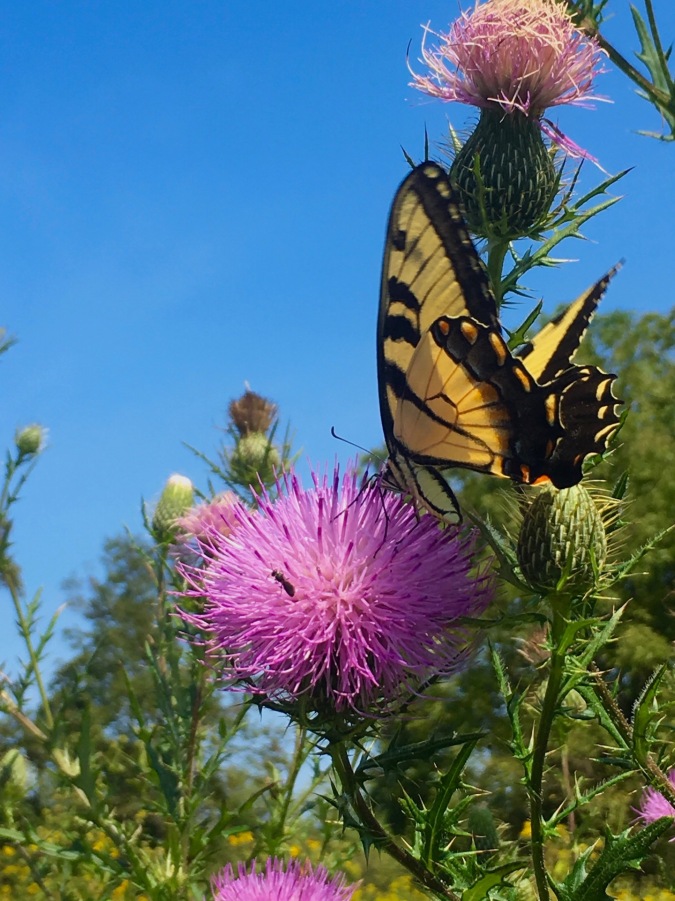 When I reached the other side of the meadow, the trail turned northwest for several hundred yards before entering the trees again. The trail skirted a steep embankment and Lower Loch Raven Dam could be seen through the trees. Then the trail turned away from the loch for a half-mile. When I returned to the embankment, I started catching glimpses of the Upper Loch Raven Dam.

This section of trail is sublime; a beige single-track trail winds carelessly through a colonnade of tall straight hardwoods. I came upon a limb, fallen from high above. Part of this branch was driven into the trail, where it stood upright like a flagpole. It was hard to believe it had gotten there naturally, but no human could have driven this piece of timber into the earth hard enough to get it to stand. The remainder of the limb lay splintered nearby. 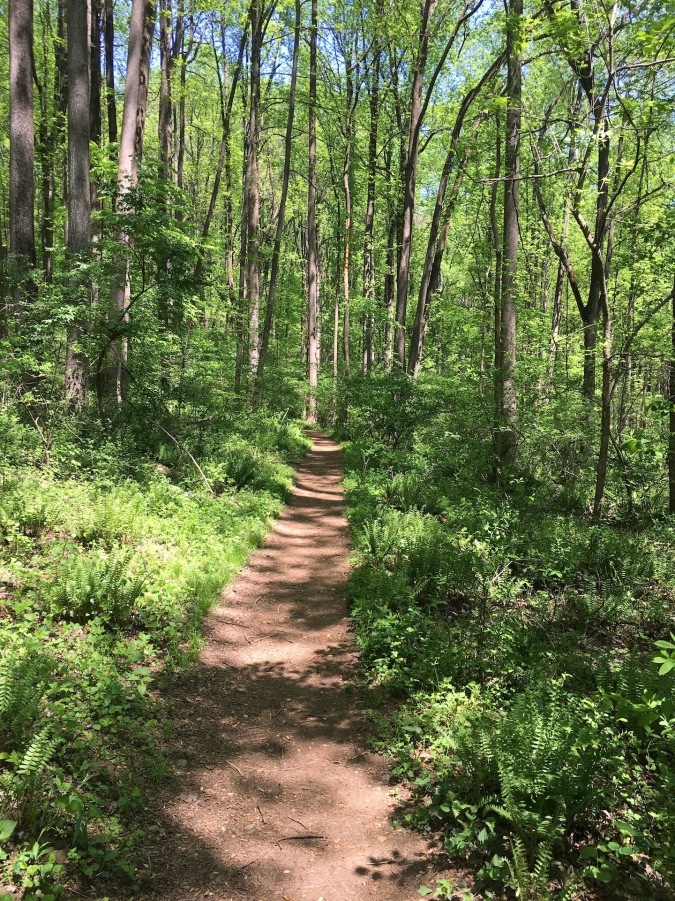 The trail morphed into a fire road and descended into a stream valley. Soon, I found myself at a four-way junction on the banks of Towson Run. To the left, the trail went straight up a steep hill. Across the creek, the choices were straight or right. I opted to cross and go right, staying on the fire road. This option climbs back onto the ridge over the dams on a lollipop route that adds three-quarters of a mile to this hike. This spur also looks out over the Upper Dam. Of more interest to me, this short side jaunt connects the Cromwell Park trail system to the Glen Ellen trail on the southern end of Loch Raven Reservoir. (I wrote about this trail and the Glen Ellen Castle ruins here). This connection opens up more than twenty miles of trail to any hiker starting at either the Glen Ellen or Sherwood Farm trailheads. On this day, I simply hiked the lollipop and returned to the creek. 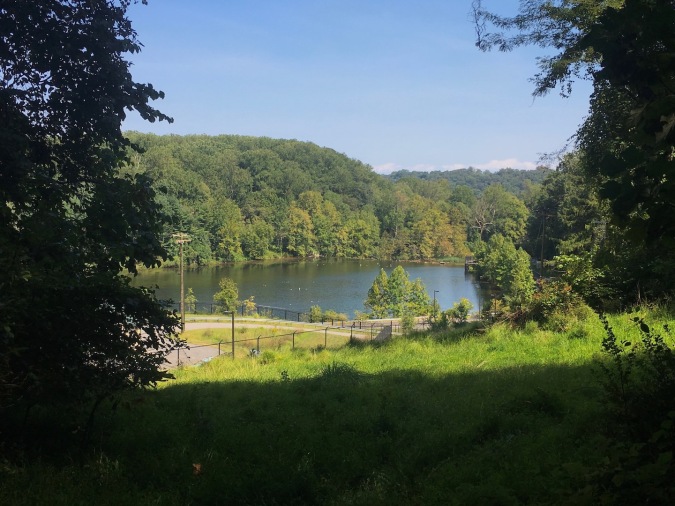 Back at the four-way junction, I headed southwest down Towson Run. I was then on Barran’s Trail, and I followed the stream for almost a half-mile before crossing and climbing a steep hill. At the top, the path teed off at the Willow Grove Trail. I turned right and continued southeast on a wide rolling path that meandered through the woods before descending sharply into a grassy lowland where I came upon another creek. A tangle of trails makes this area a little confusing to navigate; I stuck close to the creek and climbed back up and out of the flood plain to a ridge above this small tributary of Minebank Run. I was now on the Radio Tower Trail, so named for its proximity to WLIF-FM, an icon of the Charm City airwaves. 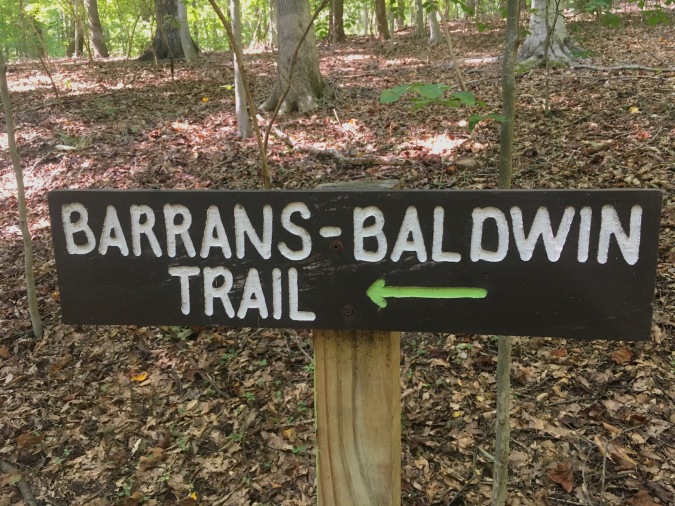 The Radio Tower Trail followed the effervescent brook downstream for another pleasant half mile before merging with the Sherwood Farm Trail. Moments later, I emerged from the woods behind the farmhouse where I had parked. 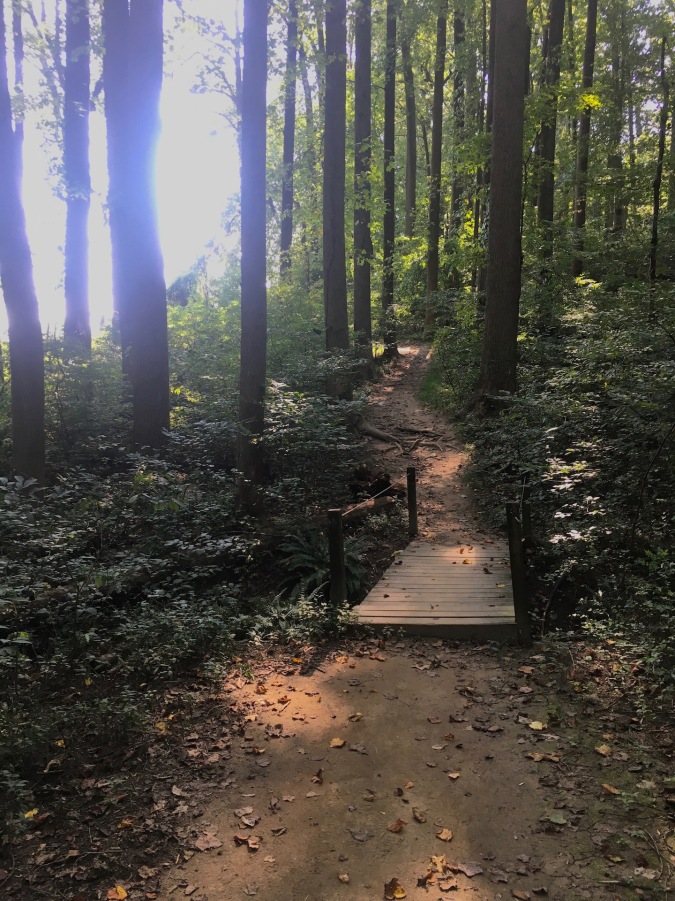 This was a short hike, but it didn’t have to be. Trails zig-zag all over Cromwell Valley Park and, with the connector through to Loch Raven, one could assemble a hike of virtually any length. There are no tough ascents here, although the rolling hills and ridges around the creeks and reservoirs provide enough rigor to keep the hiking interesting. Check it out – pop the coordinates into your phone and, unlike me, you’ll find it on the first try!  ♦